The answer often lies in the details. When facing a problem, especially in a company, there are numerous factors that can influence each decision. For this reason, tools such as the dashboard are used to facilitate management processes. And you often have to pay attention to details on a dashboard to succeed.

First, let’s understand what a dashboard is. This concept deals with a tool, which is used to enable a visualization of the most important points of a company.

It is one of the best-known BI solutions, because it allows a quick and effective view of the most important points of the company. This is a very powerful weapon, leading to faster and more accurate insights according to the business context.

For example, imagine a meeting where all the members of a sector are. They are discussing the progress of a project. On the dashboard are the performance indicators of some of the actions being implemented. With this feature, everyone is able to view project performance accurately. Even if it’s not exact.

This means that you do not necessarily know the number that determines performance, but you do know, for example, which sectors are below or above expectations. This is a great advantage of the dashboard, its ability to customize, including the details.

The importance of details in a dashboard

Everyone has a basic notion of what the word detail means. But on dashboards, the meaning is a little different. The dashboard detail is a set of extra information about each element, which can appear as a pop up about it. That is, the detail is a function.

With this, another series of important information is presented, which allow identifying or contextualizing the information that is part of this element.

Details can be critical to making dashboards even more effective in their purpose.

Back to the previous example, where there is a representation of the performance of each action on a dashboard. When perceiving the difference of an action that had a lower performance than expected, the team may decide to focus a little more on it and develop some solution.

The details provide some information to broaden the context of the action, especially for the other team members who do not know it. There may be information such as when the action was taken and how long it lasted, how it was conveyed, the type of material used in its construction and others.

The possibilities and information of the details are endless and may vary according to the scope of the action discussed. The important thing is to bring something that has some value and information to those who are viewing the dashboard, so that it is able to expand its capacity.

The details are important for the same reason why the dashboards themselves. Both are intended to bring more information and context, in a simpler and quicker way, to everyone involved in both work and decision making. 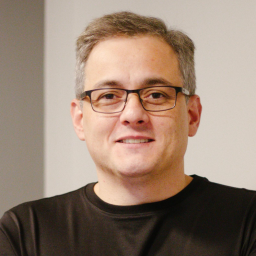 real people to serve you

hight security of paypal and stripe